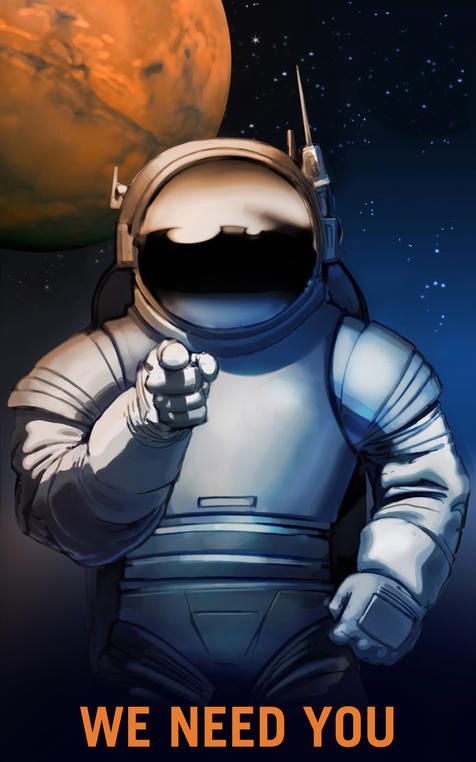 Hundreds of years ago we started to explore the universe.

The long war started when the population of Deimos kept growing, but trade and farming capabilities failed to provide enough for its people. After a neutron explosion from a fusion generator in one of their food production centers, their supply dropped to only 10% of their needs. When Rhea and Kepler refused to send enough aid, the military joint command of Deimos took some of the Rhean farm moons by force, kicking off a full-scale planetary war.

Soon all planets had devoted all their resources to war.

After multiple battles for moons, asteroids, and surface positions on enemy planets, the Deimians and Rheans were decimated up to the verge of extinction. Before the pure annihilation of their enemies, the Keplians used their influence to sue for peace. In the conference set at the Magdalena moon complex, the peace treaties were signed. 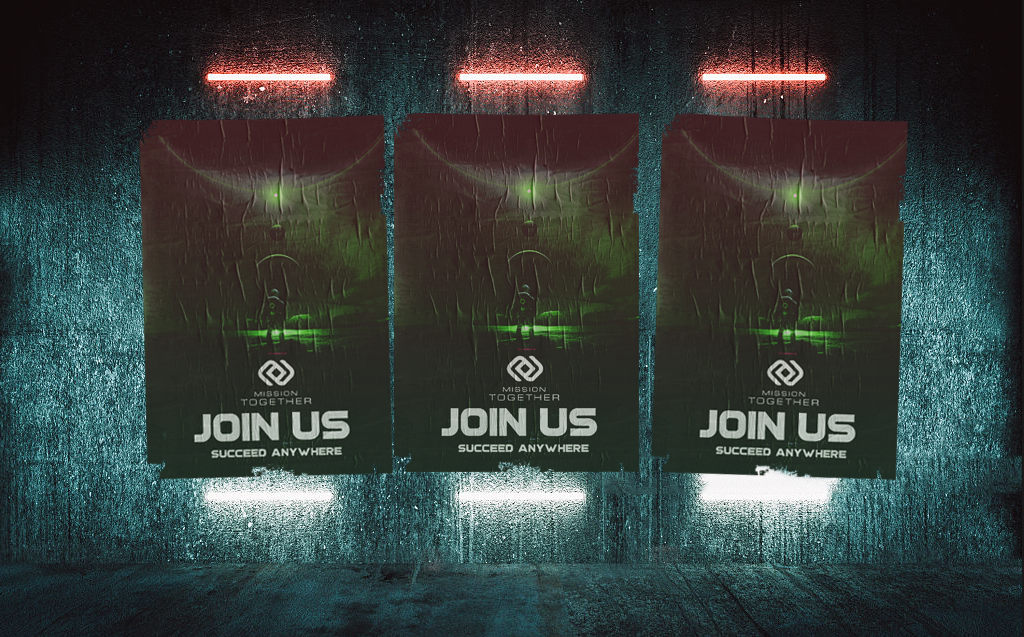 Hundreds of years ago, we managed to break the chains of gravity and lightspeed. Now being shackled to a single planet is a distant memory...

They called it science fiction; now it’s science fact. It started with the Burst. A burst of almost uncontrolled energy generated by an Alcubierre drive.

Centuries ago, we found a binary star system where Hyperion and Theia, two twin G2 stars, swung in an eternal dance in the void. Around them spun a plethora of planets in intertwined orbits with complex Lagrange points crowded with asteroids and small moons.

We made landfall with powerful rockets on multiple planets, attempting to establish flourishing colonies. Three planets were successfully colonized by humans: Rhea, Deimos, and Kepler. Now the Rheans, Deimians, and Keplians couldn’t be more different; because of differing environmental conditions, such small variances in gravity, radiation, and temperature ranges, evolution has branched, and each society has developed a vastly different culture. 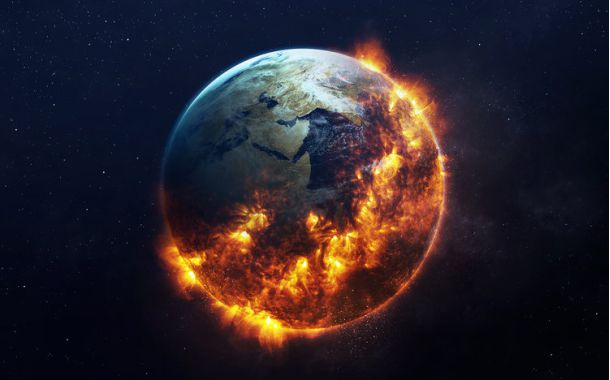 The full-scale planetary war had begun.

The war ended six months ago. The winners of the war, the Keplians, decided to start a United Planets Organization with the very first mission of finding new resources.

That’s how the Interstellar Magdalena Center started its activities. There, the best trainers and commanders of the three planets show their strengths to the different teams that will colonize other planets.

MISSION TOGETHER is the last team that is training in Magdalena before they depart for planet Ultreia. 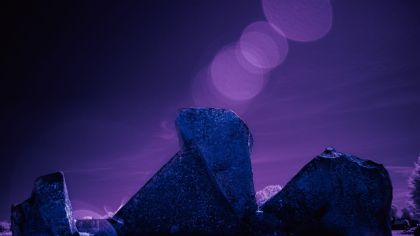 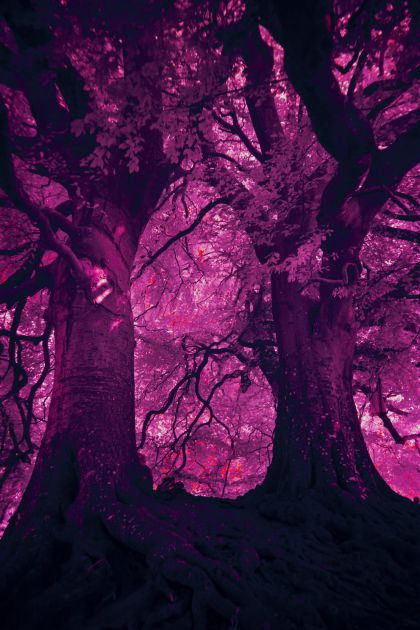 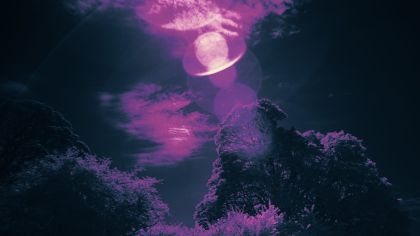 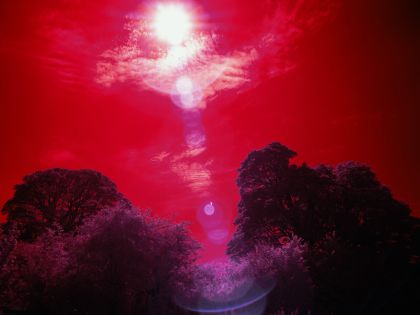 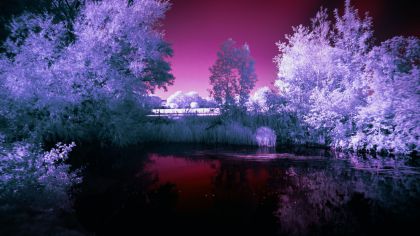 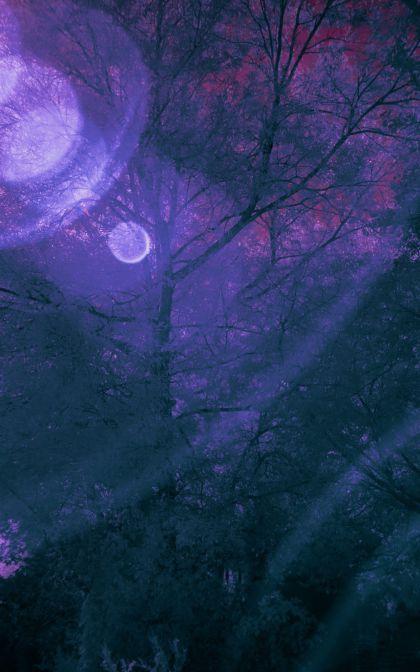 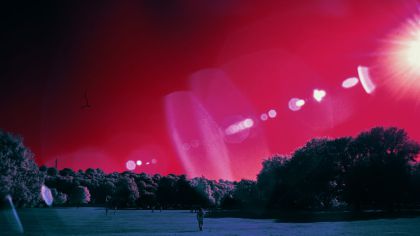 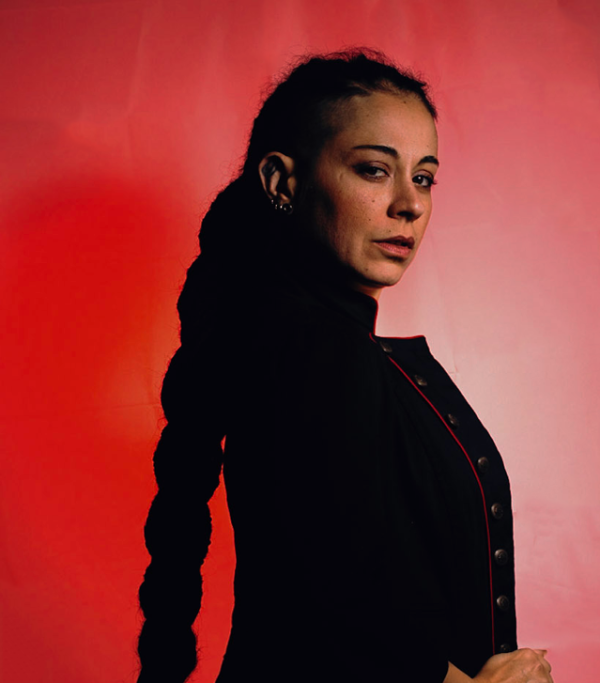 The color of Kepler is red. Kepler is the spear point.

A democratic oligarchy with a full long-term evolution plan at hand. In the system, they are the needle of the balance.

Kepler won the war. An attrition win, but a victory nonetheless. Keplians were responsible for the Truce Accords, and are also the motivators behind the Mission Together project. They currently strive for peace and the rebuilding of the planets from the ashes of war. Acting as mediators, they have offered sanctuary to refugees before. They want Mission Together to be an example of the three races using their knowledge together.

Pragmatism rules their lives. Contracts are made for everything from their economy and trade to their families. A relationship contract, written by special lawyers and containing everything from the amount of possible partners, descendents, and the expiration date of the relationship, is only arranged and approved for a couple whose marriage makes sense. A very small (and sometimes oppressed) minority believes in something they call the Ceremony, a mystical event that ties spouses together.

Keplians are here to bring their ideals of tolerance to this mission and ensure the truce. They are politicians, tacticians, scientists, technicians, and particularly diplomats.

Keplians need pills to breathe the same air as the other races in the Interestellar Exploration Center of Magdalena where Mission Together is training. Every pill is worth it.

The racist slurs used to refer to Keplians: ‘trickster’ or ‘liar.’

Players that play Keplians will wear a red bracelet provided by the orga. 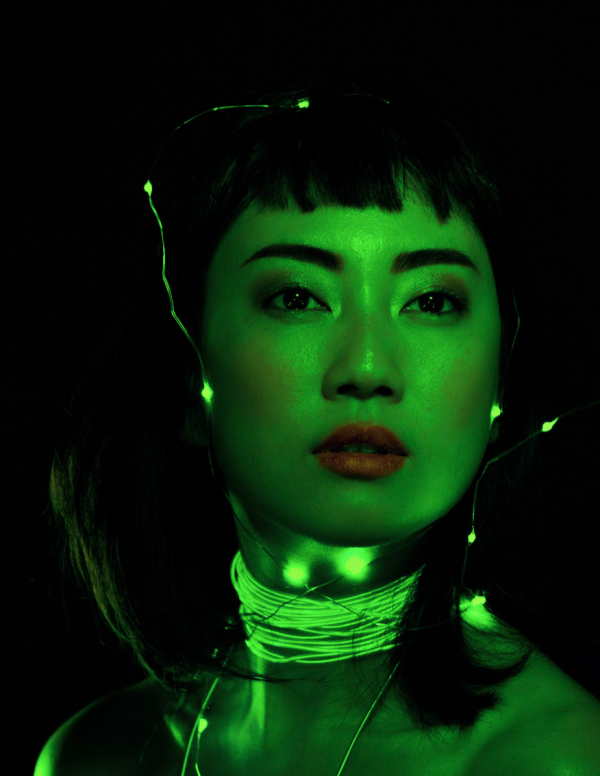 Rheans at a glance

The color of Rhea is green, because Rhea was a Paradise... but not anymore.

After the war, this edenic planet has turned into a devastated desert. What once was a beautifully controlled jungle that fed all three planets now exists only in holovids and lab tubes. Science and Agriculture have melded into the creation of the Greenhouses that now support the very little left. To think they once were the garden and farmlands of the Tri-Planet Accords.

Rheans have always held a special definition of beauty. Those with a peculiar style, those who stand out the most from their counterparts, are the most beautiful in their eyes. One could use the word ‘alien’ to define the most beautiful people in Rhea. Body modification, tattoos, eye color changes, and other mods are regularly used by the Rheans to become more and more attractive.

Rhea is governed by an AI. This Artificial Intelligence sorts Rheans into couples for procreation in order to keep the Rhean legacy strong. Thus, the minds of Rheans are not concerned by such things as ‘romance,’ and they can enjoy their lives, likes, wants, and desires as they see fit, so long as they obey the AI’s procreation mandate. Wherever else their desires flow, they follow; ‘normalcy’ in relationships, as others know it on the rest of the planets, is unexpected and undesirable to Rheans. Most family groups tend to have more than one social mother and social father, depending on their parental relationships.

Their eyes are particularly sensitive to the atmosphere in Kepler, so they need eye drops to see at Exploration Center of Magdalena where Mission Together is training.

The racist slurs used to refer to Rheans: ‘slut’ or ‘cocksucker’.

Players that play Rehans will wear a green bracelet provided by the orga. 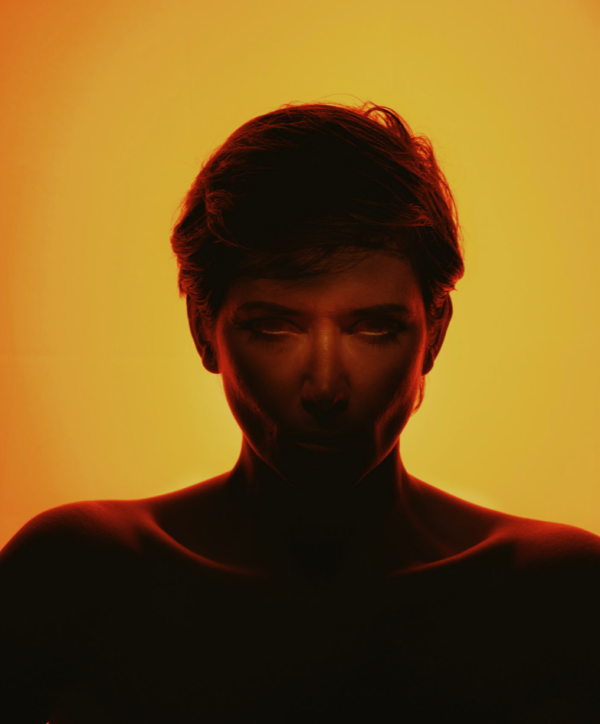 The color of Deimos is yellow. The same color of the skies around their floating cities and the work of the soil.

A military-driven culture forged in the fires of their own half-melting mineral planet, as miners and producers of raw metals for all the Tri-Planet Colonies, they extended beyond their planets to mine and produce every possible metal from their environment. Deimians have forever been a mining people, but work and life doesn’t collide in their cities in the skies.

When their population exceeded their trading and self-production capabilities, they started an all-out war. Now they are a decimated but proud race that has lost a long war that they fought to a bitter end.

Deimians have always been bred to fight. Their government is based on meritocracy: The Chosen Ones.

Deimians believe in non-blood related families. Children are born under the state's parentage, called a ‘unit.’ Their family ties are the unit’s ties. Their battle mates become their siblings.

The Path of the unit is the path of the Deimian, and their spiritualism is derived from the unit. What’s mine is yours, and what’s yours is mine, and it all belongs to us, to the group, to the unit. Deimians love implants and technology. In fact, they invented the sleeves, a way to download a mind into a new body. Unfortunately, war has made the resources needed for sleeves a rarity.

Deimians have problems breathing in Kepler, so they need helmets to breath outside the Interestellar Exploration Center of Magdalena where Mission Together is training. After an hour of breathing without the proper equipment, they can suffer a severe lung condition.

The racist slurs used to refer to Deimians: 'demons' or 'morlocks'.

Players that play Deimians will wear a yellow bracelet provided by the orga. 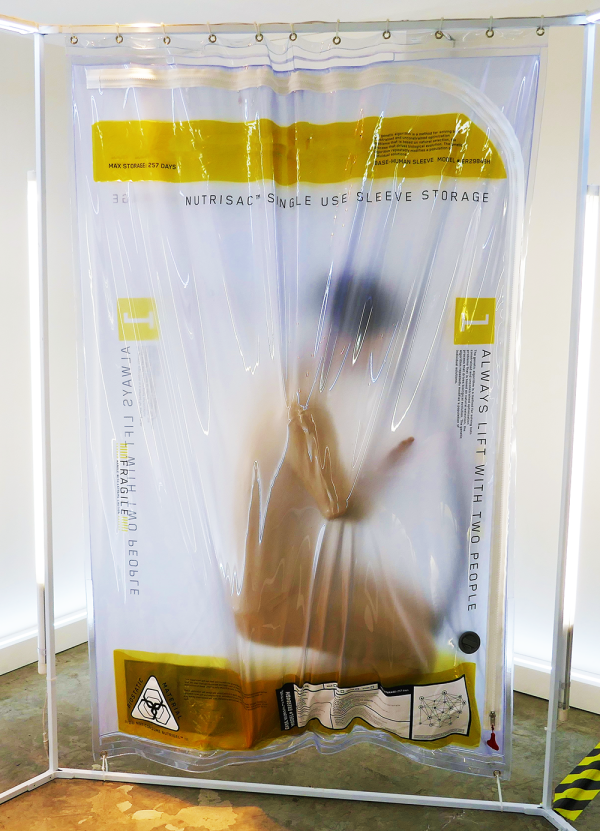 There are two variations of a sleeve, depending on your economic fortune.

The wealthy and the military both have access to custom grown sleeves, often improved versions of themselves: Faster, tougher, built for beauty. While it doesn’t lead to immortality, sleeves do lead to amorality. When you can indulge in any activity, without any fear - why hold back?

For those who cannot afford such luxuries, there are always "rent-a-body" agreements, or trades. There will always be more needs for a sleeve than there are those available. A market has grown where the average person can rent their body as a "sleeve" to another for a short amount of time, or a straight up trade between two individuals on different planets.

The weary businessman that doesn’t have the time to travel physically opting for mind transfer, the grandmother wanting to visit her children without the means to pay the exorbitant costs of traveling from one planet to another, the research undergrad, the artist wanting to experience another life, etc. All of these are in the market for this service. Of course, all cost-saving measures come with certain risks. Cross transference of personality and traits are not uncommon, especially after extended periods of time. A mind cannot be held in stasis for an indefinite period, but rest assured, due to extensive background checks, problems like unsavory individuals using the system to commit murder or other criminal activities have primarily been dealt with.

During and after the war, only the richest could afford sleeves. They were used with military purposes by Deimians until the resources were scarce. Now there are only a few sleeves available. It is punishable by law to wear a sleeve from a different planet than your own.

The androids, AIs in sleeves, don’t seem much different than humans. But they are programmed to live, to feel, and to behave.

Playing an android means you are not playing a person but a thing. Dehumanization might be a trigger for some players.

The EMbrace Unit at Mission Together is an experimental subdivision of artists. They are profesional companions who provide care for those they choose as clients. The ones belonging to this unit are respected professionals as their human and synthetic counterparts are in their respective planets. They also have a recognizable level of influence with leadership. This is a small unit so far comprise of an android set to the specifications of each race. The individuals involved in this unit, will experience, romantic, sexual, political and existential plots.

There are are special commands to androids and specific safe words for the players who play an android.